Posted on December 9 2015 by Jim Campbell

Polyolefin films serve an important role in the packaging and distribution of products. Two commonly used packaging films are Decorative High-Clarity Shrink Wrap and Low Density Polyethylene (LDPE). Understanding the differences in the films’ properties and uses will help you determine which one fits your product needs best.

There are two significant downsides to Decorative High-Clarity Shrink Wrap:

Low Density Polyethylene (LDPE) film is commonly used to shrink bundle products together for distribution, or to wrap or “bag” items to minimize potential damage caused by additional handling.

In the majority of bundling applications, LDPE film is removed prior to products being placed on retail shelves, as with multiple sticks of deodorant or trays of canned goods. However, the LDPE film occasionally serves as primary packaging for various single products like windows, shutters, and some rugs.

The toughness and durability of LPDE film offers several advantages:

LDPE film also has a couple of downsides to consider:

Decorative High-Clarity Shrink Wrap and LDPE films provide distinct advantages, and being aware of the key differences will help you determine which one provides the greatest benefit for your application.

This entry was posted in LDPE 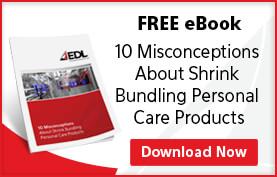 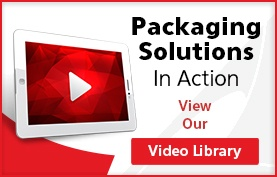